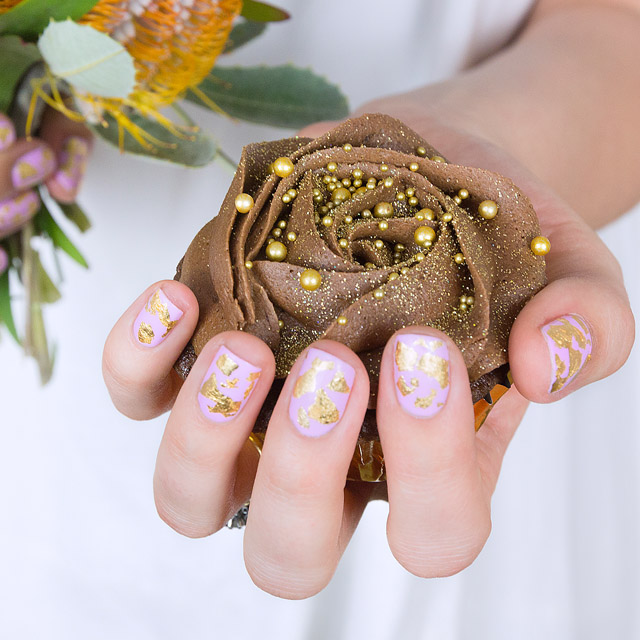 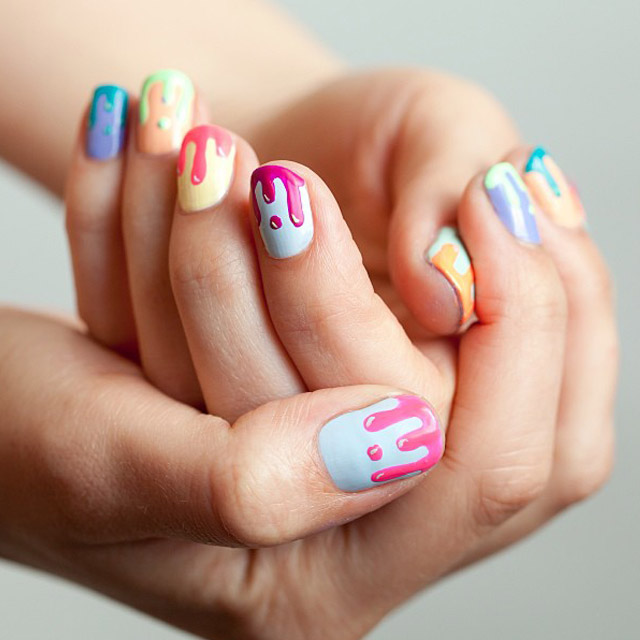 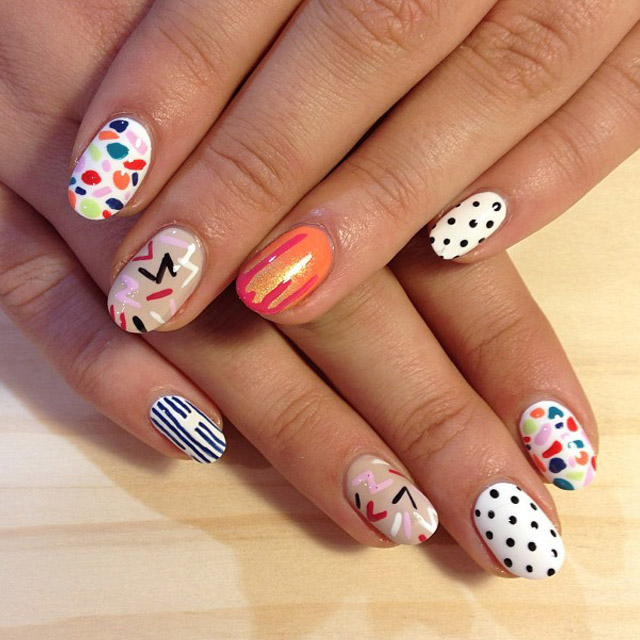 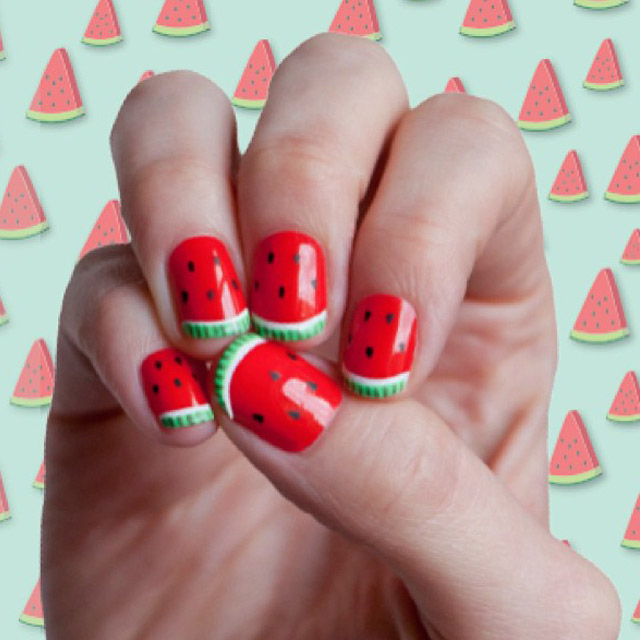 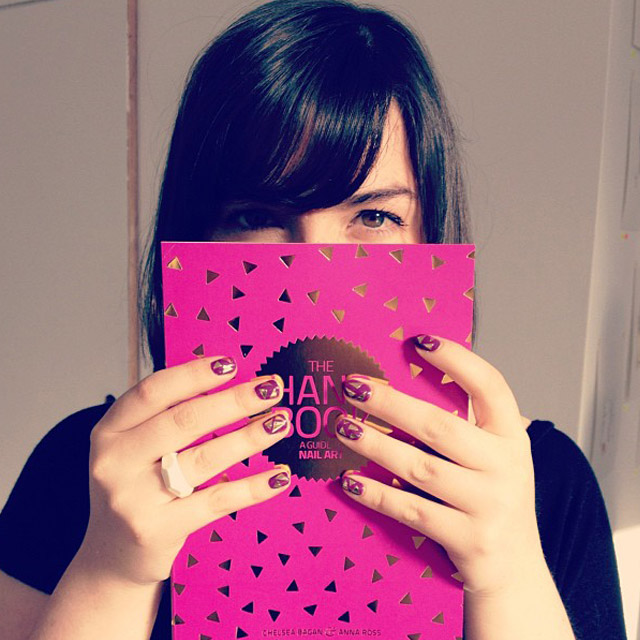 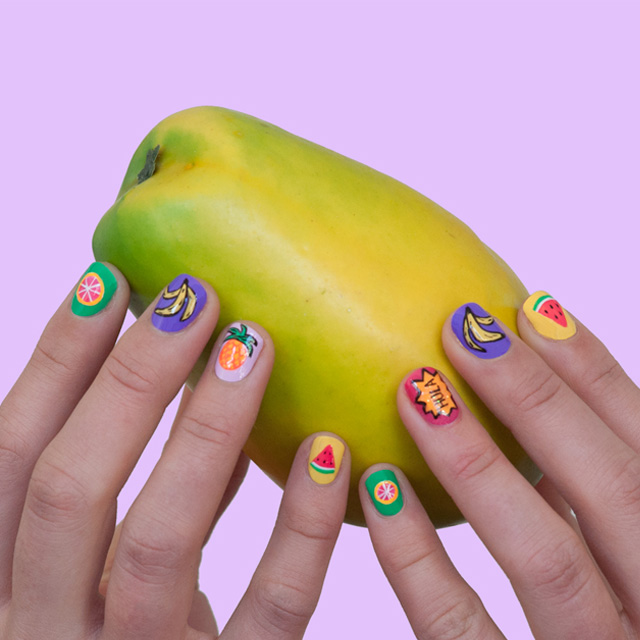 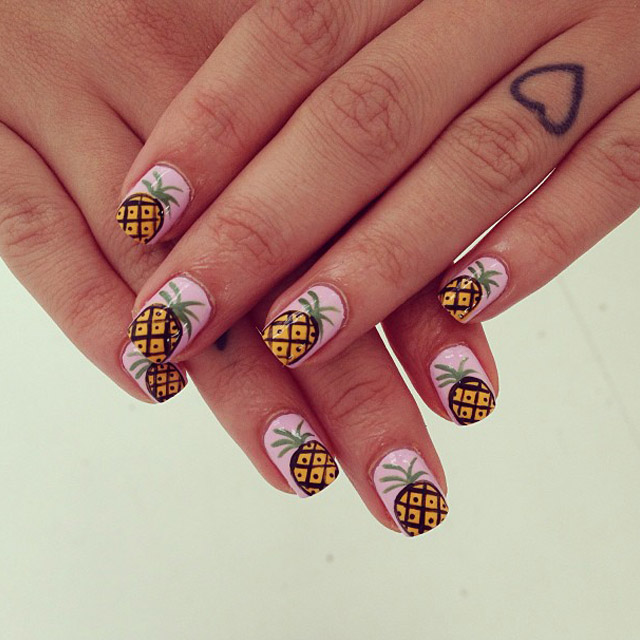 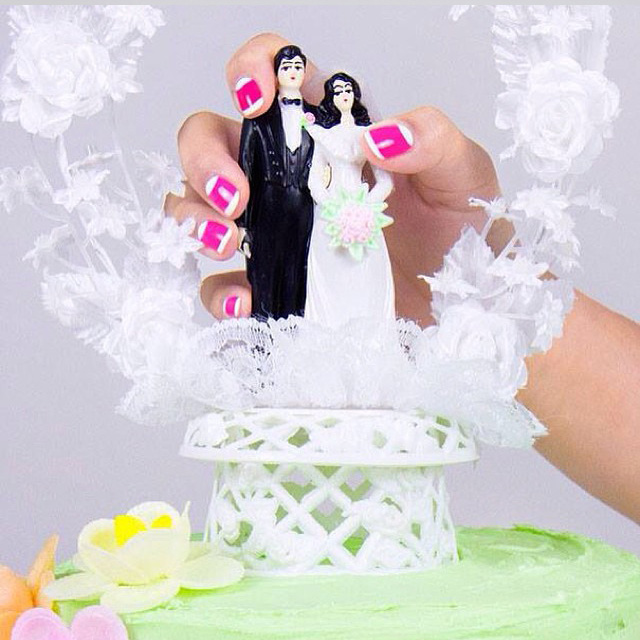 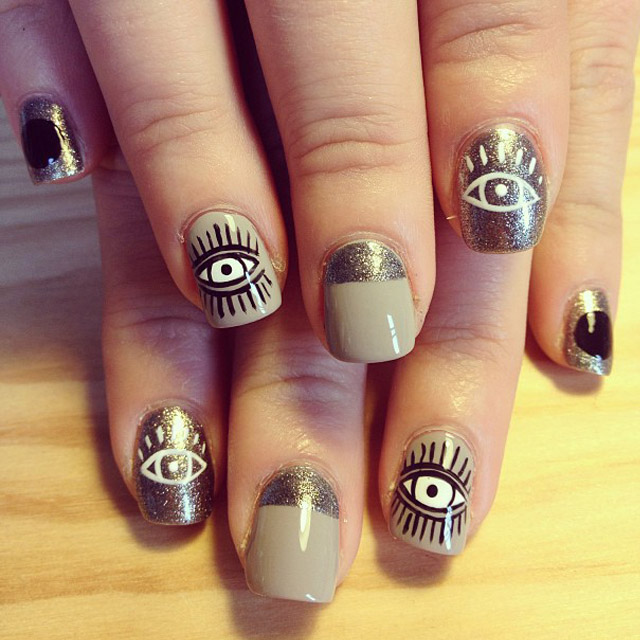 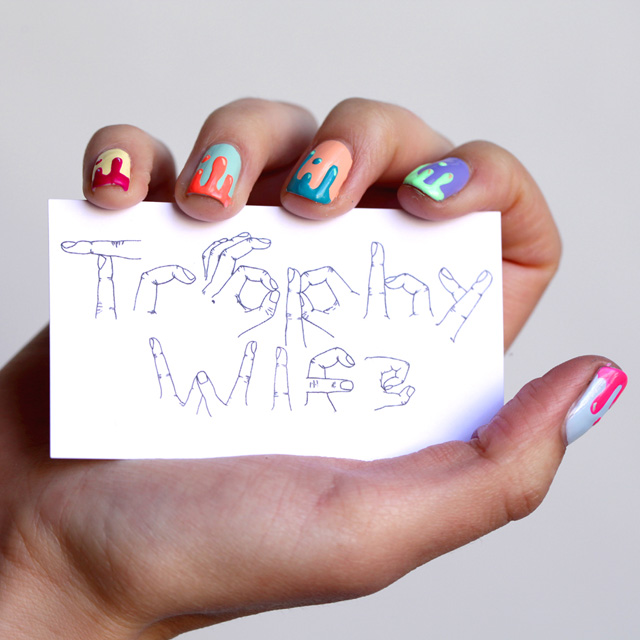 Chelsea Bagan aka Trophy Wife Nail Art has largely contributed to popularization of nail art in Australia. A self taught nail artist and now the owner of one of the most popular nail salons in Melbourne, she generated a lot of buzz in the industry with her funky and original nail designs. Today Chelsea shares some of her nail secrets and a few helpful tips for anyone wants to make it big as a nail artist.

So read on lovelies, and make sure you scroll through the gallery (above) to see amazing Chelsea’s work!

2. Why nails? I have always been obsessed with getting my nails done, and there was a  time in Melbourne where I felt too shy to ask local technicians for what I wanted, as it seemed even a plain coloured feature nail was too bizarre! So I started painting them myself, and found a whole new world of options!

3. How did you get into the industry? After about a year of doing nails for just myself and a friend as a hobby, I started getting interest from friends of friends and from strangers wherever I went, so I began taking bookings from home and traveling to clients houses. I was still working another full time retail job at the time, but I was just so passionate about painting nails that eventually it became my full time thing!

4. Highlights of your career:

5. Nail care product you can’t live without right now is... CND SolarOil – I love! So nice on the cuticles.

6. Favourite nail polish brand? Kester Black is a really great Australian nail polish which is 5 free and cruelty free. And their colours are amazing!

7. Is it true, you should file your nail in one direction only? Yes Mam!

8. Your favourite top coat? At the moment I’m loving Seche Vite – Its so fast drying I cannot even believe

9. Favourite colours? Lilac and gold! (see the gallery above).

11. What’s your best tip for painting your other hand? I always say you should paint with your bad hand first, that way you don’t damage the good one ;)

12. The most adventurous/most challenging nail art you have ever created? The other day I painted Mount Killamanjaro for a client who was going to climb it! It can sometimes be really hard to turn realistic things into cartoon style paintings. But I really loved the result.

13. The most interesting campaign you have ever worked on and why? I worked on a stop animation video campaign for Maybelline New York. It was really interesting to be a part of that style of filming, as I could only paint such small patches between photos to make it look realistic in the final edit.

14. How do you get inspired for your nail art? Inspiration comes from everywhere, probably mostly from art or fashion. Lots of clothing prints give me inspiration. Tumblr is great for inspiration too.

15. One piece of advice would you give someone wanting to become a professional nail artist? Practice heaps! And invest in Pilates, I spend lots of hours crouched over peoples hands, so its great to learn how to hold your body so you don’t get achy.

Chelsea Bagan was interviewed  by Maria Vlezko in March 2014. All images – provided by Chelsea.